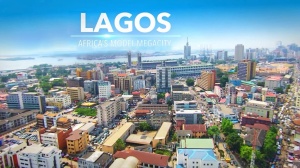 There is a near consensus that the law and justice system in this complex and dynamic world cannot afford to be static but must constantly evolve and reform to meet societal challenges.

One challenge that has impeded the development of the real property sector and significantly affected the ease of doing business in Lagos State is the fraudulent and/or violent conduct of persons in relation to property transactions. A law to tackle the menace has been long overdue.

Since the return to civilian rule in 1999, Lagos has blazed the trail as the most progressive state in terms of constantly churning out landmark legislations. A worthy example is the Lagos State High Court (Civil Procedure) Rules 2004 which has to go down as one of the watershed legislations in the history of Nigeria. It completely revolutionised civil litigation procedure in Nigeria through the introduction of reforms like the front-loading system with a view to reducing the time spent on disposing cases in court. While the rest of country has largely replicated these Rules, Lagos State has since moved on with the 2012 Rules.

It is against this backdrop that we wholeheartedly welcome the latest product from the State’s legislative machine – the Lagos State Properties Protection Law 2016 which was signed into Law on 15th August 2016.

Objective of the Law

While the Law does not contain an objective, a look at the long title will give a clear indication of the purpose behind its enactment. The Long Title reads: “A Law to prohibit forceful entry and illegal occupation of landed properties, violent and fraudulent conducts in relation to landed properties in Lagos State and for connected purposes.”

Salient provisions of the Law

The Law also provides in Section 3(1) that a person who without lawful authority, uses or threatens violence for the purpose of securing entry into any landed property for himself or for any other person commits an offence. Interestingly, this is notwithstanding that the person using or threatening the use of force has a right of possession or occupation of that property. By Section 2(3) and 3(4) of the Law, the punishment for the above offences is imprisonment for a term of 10 (ten) years. Both provisions are silent on the option of fine.

Section 4 of the Law makes it an offence to be in illegal occupation of a person’s land. The Section provides that a person who occupies a property as an encroacher and fails to leave the property on being required to do so by or on behalf of the owner, commits an offence punishable upon conviction with a fine not exceeding N5,000,000.00 or to five years imprisonment, or both. Where however such encroacher has with him on the property, any firearm or dangerous/offensive weapon, another offence is thereby committed under Section 7 with the punishment of 10 (ten) years imprisonment. This latter offence is rather wide and a literal interpretation will occasion grave injustice. For instance, if an encroacher is a hunter and has with him firearms which are his tools of trade, he thereby commits an offence punishable with ten years imprisonment. The better view therefore is to tie the offence to an encroacher who refuses to leave the property and whose use of the fire arms and other dangerous weapons is with a view to perpetuating his illegal occupation of the property.

The Law also makes it an offence for law enforcement agents, vigilante groups, cultural/traditional militia to enforce or purport to enforce a judgment of a court in respect of any landed property otherwise than in accordance with the Sheriff and Civil Process Act or any other Law. This noble provision is however rendered toothless as the lawmakers omitted to provide for a punishment section for the offence and there are no residual punishment sections in the Law.

What is clearly the most potent section of the Law is Section 8. Section 8(1) (a) makes it an offence for any person to offer for sale any property for which he knows that he has no lawful title or the authority of the owner to offer for sale and the punishment thereof is a fine of N500,000.00 or six months imprisonment, or both. Section 8(1) (b) & (c) on their part criminalize the sale of a property by a person who knows that he has no lawful title to the property or that the property has been previously sold by him or his privies, or without lawful authority of the owner of the property. The punishment for this category of offences is a fine not exceeding 100% of the value of the property or imprisonment for 5 (five) years or both, and the property shall revert to the lawful owner.

Furthermore Section 8(2) of the Law prohibits the sale of family land without the consent of the family head and other accredited members of the family; and government land or property without the consent or authority of the State while Section 8(3) prohibits the sale or offer for sale of land that has been previously sold, without a court judgment repudiating the earlier sale. The punishment for these categories of offences upon conviction is 21 (twenty one) years imprisonment. We also hold the view that the offence in the second part of Section 8(1)(b) of selling a property that has been previously sold with the punishment of 5 years imprisonment and the offence in Section 8(3) of selling a land that has been previously sold with punishment of 21 years imprisonment are one and the same.

Section 9 contains provisions which aim to punish professionals who facilitate transactions that contravene the provisions of the Law. This Section places on such professionals the duty not to aid the commission of an offence and to diligently investigate transactions before acting for clients and provides that a professional who contravenes the Section commits the offence of aiding and abetting the commission of such offence. While the term Professional is not defined in the law, it is difficult to argue that it does not apply to Legal Practitioners, Estate Surveyors and other professions that play important roles in property transactions. The only downside of this noble provision is that the consequence of aiding and abetting an offence is not to face the same punishment as the main offender but merely to be reported to the relevant professional body.

Finally, the Law in Section 14 confers jurisdiction to try a person for an offence specified in the Law on a Special Offences Court or “or any other court.” The only way this provision will survive a validity/constitutional test is for any other court to be interpreted as High Court or Magistrate Court.

It is also pertinent to note that unlike the recent property legislations in Lagos State like the Tenancy Law, the Registration of Titles Law etc., this Property Protection Law has no territorial limitation and therefore applies to all properties in Lagos State.

In addition to the aforementioned duplication of certain offences in different sections of the Law and the omission to provide for a punishment section for the offence created in Section 6, a rather disappointing aspect of the Law is the provision in Section 2(1) which prohibits the use of force or self-help by anyone to take over any landed property or engaging in any act inconsistent with the proprietary rights of the owner of any landed property in Lagos State. The term, “owner” is repeated in Section 4(1) and Section 8(1). It is a cardinal principle under the Nigerian property legal regime that from the promulgation of the Land Use Act in 1978, all lands in a State belongs to the Governor of the State and the rights available to the citizens are at best possessory or occupancy rights. The implication therefore is that an offence is only committed where a person uses force or self-help to take over land from the Governor. This is clearly not the intendment of the Lawmakers and while no court will be expected to give the section a literal interpretation, the House of Assembly is urged as a matter of urgency to amend the Law by substituting the word “owner” in Sections 2(1), 4(1) and 8(1) of the Law with the word, “holder” to bring the Law in conformity with the Land Use Act and clear any potential liability.

Other than the above, the Lagos State Properties Protection Law is a worthy and timely piece of legislation. As the popular saying goes, “since the bird has learnt to fly without perching, hunters must also learn to shoot without missing.” While these fraudulent and violent conducts in relation to land transactions have long bogged down the real property sector in Lagos State, the Government has now acted through law reform to meet the challenge. It is now left to be seen how the Law will be implemented.